Head of QBE Re Bermuda, Tracey Gibbons, discusses her career, QBE Re’s growth and the future of the reinsurance industry.

Tell us about your role at QBE Re?

I have the great job of leading the team and growing the platform of our Bermuda office.

What excites you the most about your role?

QBE Re is going through a lot of change as it moves to the next stage of its development, and the growth of the Bermuda office is part of that. I work with an inspiring bunch of people in both Bermuda and in our other global offices, and there is a palpable excitement about the possibilities for the future.

What is your career background?

I started out in the insurance industry as a graduate trainee in London almost 40 years ago. I moved to Bermuda for a 2-year placement 36 years ago…. and am still here. After my insurance career, I moved into captive management and managed the captive for what is now Thompson Reuters. In the late 1990s, reinsurance companies were expanding their presence on the island, and I was able to use the skills that I had honed in direct insurance and captive management to try my hand at reinsurance. After 9/11, there was a new round of capital raising, and a lot of it ended up in Bermuda. I was one of the first employees at Allied World (AWAC), where I spent 16 years as Head of Specialty. I then worked at Third Point Re prior to its merging with Sirius.

I have been lucky enough to be employed in a jurisdiction that has responded quickly to market challenges, which in turn generated opportunities for me that arguably I would not have been given elsewhere.

What new developments should we expect to see from QBE Re?

QBE Re has built up a strong following over the years as a result of its financial strength, rating and the talent of its underwriters. We will be building on this strong foundation, looking at new areas for profitable growth, and expanding our talent pool and geographical reach

What is the most rewarding project you have been a part of?

I have always found helping others advance their careers very rewarding.

I started in the industry at a time when there were very few female underwriters and even fewer senior women. I know what it feels like to be a minority, so I have always been a champion for equality, diversity and inclusion. I sit on the Association of Bermuda International Business (ABIC) Diversity and Inclusion Committee, am an interviewer for the ABIC scholarships, and am on the board of Women In Reinsurance.

As a result of my own experience, I have always tried to make time for younger people looking to get into the industry or just starting out, be that with formal or informal mentoring or just being available for a chat.

How do you expect the industry to change in the coming years?

Whilst there have been huge steps forward since I joined the industry, we still lag behind many other financial services. The way we process business is cumbersome and manual, with data being input multiple times as it moves along the value chain. There have been several attempts to streamline this process, but nothing has been widely adopted yet, largely because any system that is eventually used needs to be market owned and driven, which we have not seen to date. The advances in block chain technology have created a scenario where we have far better prospects for making much-needed changes than ever before. I predict that within 5 years, we will be doing business very differently.

The other big change is that as our economy and the way of conducting business evolves, risks will also change, which will create opportunities for those who are agile enough to respond early. Companies that do not have this ability will fall by the wayside. 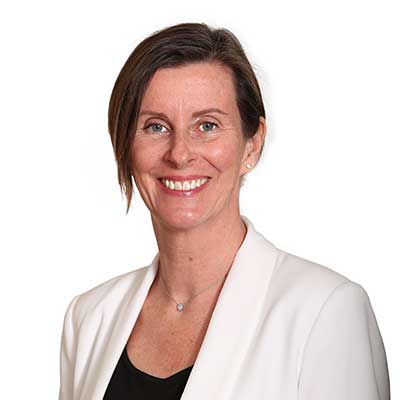